A couple weeks ago I reunited with a large contingent of my Remote Year Ikigai friends as 25 of us celebrated the wedding of one of the couples from our crew (congrats to Todd and Rebeca!). Seventeen of us stayed together at the loveliest cottages in rural Washington. That Saturday morning, I woke up before the rest of my amigos. While everyone else slept in, I made myself a cup of coffee and sat on a wooden bench, reading Walt Whitman’s Leaves of Grass in the shadow of the Cascade mountains. I had been working my way from cover to cover, but that morning I sat down and just started reading wherever the book opened up, which happened to be right to the beginning of “Song of the Open Road.”

This is one of Whitman’s most iconic poems: an ode to long, deep, continuous travel. You might recognize the opening verse, often slapped on trite motivational posters or Instagram posts:

Afoot and light-hearted I take to the open road
Healthy, free, the world before me,
The long brown path before me leading wherever I choose.

Or perhaps you’ve seen Volvo’s artistic long-form ad from 2016 featuring a hodgepodge of stanzas from the poem, voiced by Josh Brolin.

I don’t think I’d read the poem in its entirety for nearly a decade, and it resonated with me in a new way as I sat there reflecting on my Remote Year experience. The twelfth stanza in particular tugged at my emotions:

Allons! after the great Companions, and to belong to them!
They too are on the road—they are the swift and majestic men—they are the greatest women,
Enjoyers of calms of seas and storms of seas,
Sailors of many a ship, walkers of many a mile of land,
Habituès of many distant countries, habituès of far-distant dwellings,
Trusters of men and women, observers of cities, solitary toilers,
Pausers and contemplators of tufts, blossoms, shells of the shore,
Dancers at wedding-dances, kissers of brides, tender helpers of children, bearers of children,
Soldiers of revolts, standers by gaping graves, lowerers-down of coffins,
Journeyers over consecutive seasons, over the years, the curious years each emerging from that which preceded it,
Journeyers as with companions, namely their own diverse phases,
Forth-steppers from the latent unrealized baby-days,
Journeyers gayly with their own youth, journeyers with their bearded and well-grain’d manhood,
Journeyers with their womanhood, ample, unsurpass’d, content,
Journeyers with their own sublime old age of manhood or womanhood,
Old age, calm, expanded, broad with the haughty breadth of the universe,
Old age, flowing free with the delicious near-by freedom of death.

Although the opening lines of “Song of the Open Road” call to mind visions of an adventurer setting out on his own, our solo wanderer winds his way through the poem and across the world, exploring places, yes, but also connecting with people of many different cultures and stages of life. By the middle of the poem, the “we’s” begin to outnumber the “I’s.” Our poetic protagonist may have started the journey by himself, but along the way he finds his diverse tribe of fellow journeyers. He does not travel on his own.

In that moment, I realized that although I began Remote Year on July 30, 2016, as a solo traveler, along the way I became part of something larger. I now belong to a tribe of “swift and majestic men” and “the greatest women.” I can count on my “great Companions” who will enjoy calm seas and even the “storms of seas” in a Level-Three-Fun kind of way.

On August 3, 2018, as I read one particular phrase, “journeyers over consecutive seasons,” tears started welling up in my eyes. There I was — two years since we met as strangers in Lisbon and one year almost to the day since we said our goodbyes in Buenos Aires — reuniting with my Ikigai family. My fellow journeyers, traveling together for a consecutive year. Just one of many more reunions and years of travel together. (And just because I’m a total sucker for symbolism, it wasn’t lost on me that we were there together to be “dancers at wedding-dances.”)

I recommend reading the poem in its entirety. It’s a good one. And to my Ikigais, I close with the final words of Walt Whitman:

Camerado, I give you my hand!
I give you my love more precious than money,
I give you myself before preaching or law;
Will you give me yourself? will you come travel with me?
Shall we stick by each other as long as we live? 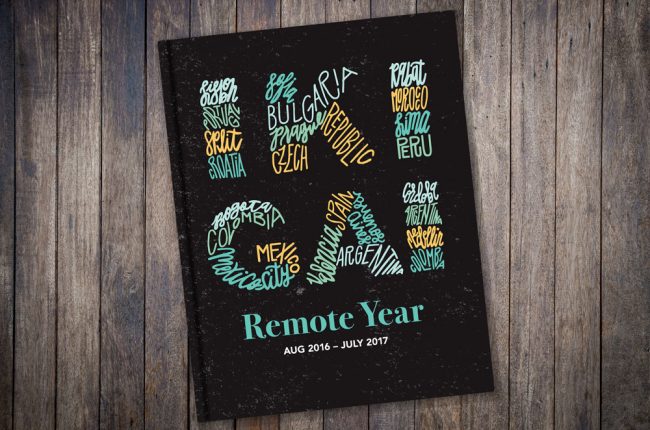