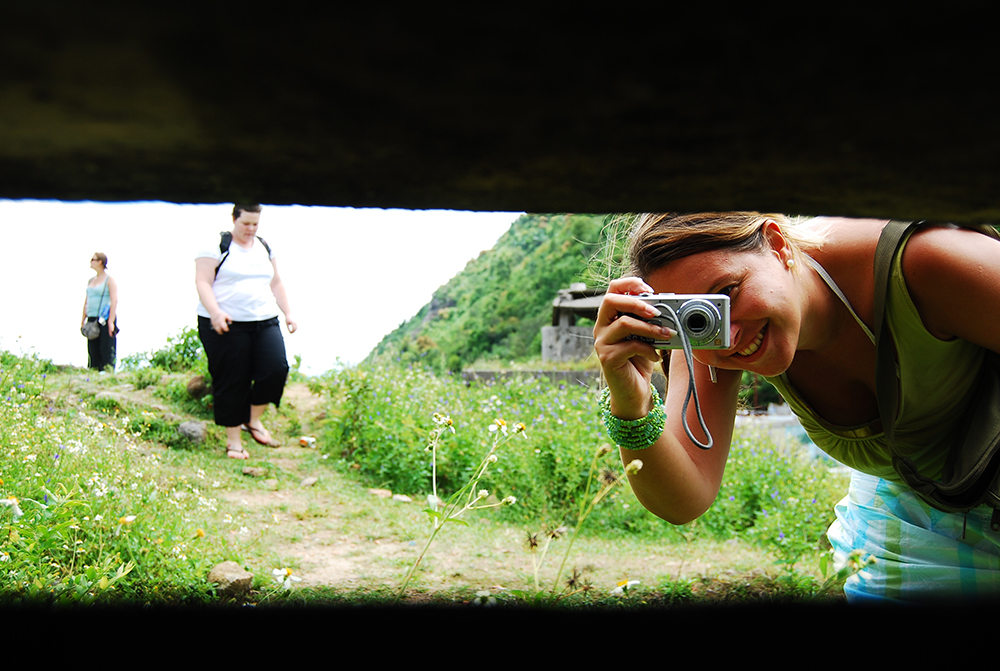 This week has been an interesting one to be abroad. At a time when America seems to be reeling in the wake of the presidential election, I feel simultaneously removed from the events and hyper-aware of the impact of the election’s ripples across the globe. Today is Veteran’s Day back home, and social media is teeming with patriotic posts from my friends who are grappling with the struggle of wanting to express national pride at a time when they are disheartened by the direction the country has taken.

It has me thinking back nine years ago when I spent two weeks traveling around Vietnam. It was my first time in Asia, my first time in a Communist country, my first time visiting a place that had been the battleground where veterans I knew had fought, and for the first time, I felt the weight and the significance of being an American, but not necessarily in a bad way. It was almost like a burden of opportunity. Vietnam wasn’t exactly a hotspot vacation destination for Americans, and I was the only one from the US in my travel group, so many of the kind Vietnamese people I met along the way were very interested to talk with me and share their own stories and connection to the “American War of Aggression.” After a couple such interactions, my perspective started to shift; I felt like less of a tourist on vacation and more like an amateur ambassador. I viewed each conversation and interaction with a local as an opportunity to put my and my country’s best foot forward. A journal entry (as posted on my blog from that time) shares one such story:

I’ve been quick to say I’m American when people ask where I’m from. I believe it’s my inherited responsibility to foster good relations with our former enemies. Tonight on our way to Nha Trang, Andrea and I walked to the back end of the train where the dining car was. The only people in there were train employees, including the manager, and the police. They asked where we were from, and when I said I was American, they became real animated and did some pointing at one of the police officers. I got the feeling they were saying that he had fought in the war, but they didn’t speak enough English (and my Vietnamese is limited to “hello” and “thank you”) for me to understand whether they were saying he fought with the Americans or against them. He was quick to pour me a beer and offer his hand, but I couldn’t tell if that was a gesture to say he’d been on our side, or a sort of peace offering. Either way, I was quite pleased to be so welcomed.

It was quite amusing to sit there and watch the conductor get drunk at the back of the train with the police. They refilled my beer (a 333 or, “ba ba ba” beer) when I wasn’t looking and they kept trying to convince Andrea to have shots of vodka. But it was her turn for her tummy to feel a little uneasy, so she was the “designated walker” in our pair.

We didn’t have much of a conversation outside of getting it across that we were going to Nha Trang to go swimming at the beach, all communicated by charades. They said a lot of things we couldn’t understand, and they laughed a lot, and kept trying to offer us more drinks. They were really interested in my pale skin and kept pointing at Andrea’s tanned arms and my pale limbs, as if amused that two White girls could have such differences in skin tone.

In the years since then, I’ve tried to keep an ambassadorial attitude in the back of my mind as I’ve traveled abroad. This week, though, it seems even more important than ever. Yes, there are dark times in our country’s past and present, but on a human-to-human level, in person-to-person interactions, each of us really can embody the best of what American is and can be.

The photo at the top of this post was taken from within an American bunker near China Beach along the coast of Vietnam. It was a beautiful day that seemed in stark contrast to the horrors I knew embodied the Vietnam War. But you know what else I knew? We can move forward and out of the shadows of our past. It takes work; it takes challenging conversations and concessions that are hard to make. And it takes time, but I know it can be done, because I have witnessed the results of past wounds healed.

On this Veteran’s Day, from across the globe, I am thankful to the men and women who have served and those who continue to serve so that our country can continue to work toward that more perfect union we strive for together.